Italian Serie A giants Napoli have announced the loan signing of Axel Tuanzebe from Manchester United. Tuanzebe signed for the Italians after his loan spell at Premier League side Aston Villa was cut short earlier this month and he could make his debut this weekend. The defender is on course to play his first game in Italy when Napoli take on Sampdoria. 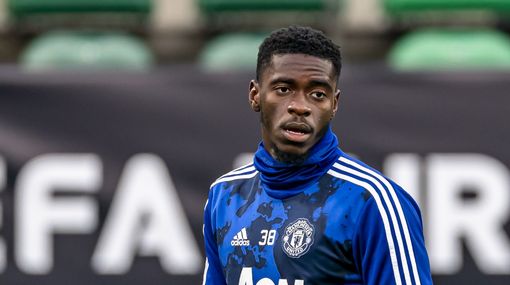 Tuanzebe was in Naples, Italy last week to undergo his medical and sign the paperwork before he made his return to England to complete the application for visa. He had to go through visa application due to Brexit. Since Brexit, the details of signing and playing is not the same for English players in comparison to European Union (EU) members.

Napoli loaneeTuanzebe spent the first half of this season at Aston Villa having joined them at the start of the season. His season-long loan deal at Villa was interrupted by mutual consent thus paving the way for him to sign for Napoli in Italy on a six-month loan deal until June 30, 2022. There’s an option to buy in the loan deal.

Napoli are short of numbers in central defence and it’s not surprising that they have decided to sign Tuanzebe. He would be the direct replacement for Greek international Kostas Manolas who left the Italian club to return to his native Greece. Manolas joined Greek champions Olympiakos from Napoli earlier this month. Also, Senegalese defender KalidouKoulibaly is away on national team duty at the African Cup of Nations (AFCON) tournament in Cameroon thus leaving Napoli with Juan Jesus and Amir Rrahmani as the first team defenders before they completed the loan signing ofTuanzebe.

24-year-old Tuanzebe is a utility player who can play in at least two positions in defence. In addition to centre back, the Napoli defender can also play as a right-back.