Juventus continued their impressive form after a 2-1 win over Chievo. 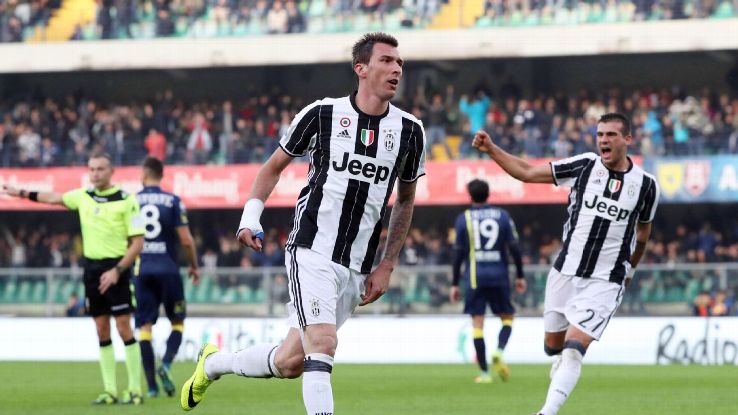 Fans, though, would have been expecting a much easier end to the game given that the opposition have been struggling big-time for form. The game witnessed nine bookings as both teams battled out each other for a space on the pitch. Ultimately, quality paid off with Juventus coming out on top. Recognising that it was certainly not an easy game for his team, manager Massimiliano Allegri claimed that he was left extremely pleased with the effort from the players.

Former Atletico Madrid striker Mario Mandzukic opened the scoring in the second half, but the away team were quickly pegged back by a surprise equaliser fromPellissier. There may not have been anything spectacular about the penalty, but the home team were level from an unlikely source.

The brilliant freekick fromPjanić was heavily appreciated by the manager after the game. Allegri, though, thought that his team should have won by more goals for their chances.”We could have won by more goals.We played well – especially in the second half – against a Chievo team that were defending well. We moved the ball around nicely, choosing our moments to attack and defending well when we needed to. We had a bit of a difficult start, with Barzagli having to come off. I took a risk by putting Bonucci on but he had a great game, as did the whole side,” said Allegri after the game.