This summer at the World Cup in Russia, the Italian national team will not be there to compete but despite the disappointment of that, this World Cup can still be a very enjoyable one. With many teams in contention, this looks set to be one of the most competitive World Cup’s we have seen for the past few years, and realistically there are at least half a dozen teams who have a genuine chance of winning.

The top of the betting is full of big international teams, with Brazil, Germany and France leading the way. Behind those the likes of Spain, Argentina and Belgium will all head to Russia with a realistic chance of going all the way, and that is without mentioning the outsiders who are capable of causing an upset like England and Portugal. The latest World Cup winner odds at Oddschecker show just how tight the bookmakers think it will be this summer, and it is hard to disagree with them. Right now Germany and Brazil lead the way as joint-favourites, but with injuries a possibility before the World Cup, that could all change over the coming weeks.

One of those favourites Germany are the current holders of the World Cup, and they are sure to go close yet again this summer. They have put together a squad that blends experience with youth, and the new players that have come in have done nothing but impress. The Germans appear to have a conveyor belt of talent waiting in the wings to take over when players retire, and they just seem to have everything ready when they turn up to a major tournament.

One player that shows just how well they work together as a national team is full-back Joshua Kimmich. He was given the tough task of filling the role left by retiring star Philipp Lahm, but has seamlessly moved into the starting eleven, and never looked back. He is clearly a world-class full-back, but he is just one of many youngsters that have moved up to the German national team and in straight away.

It is clear to see why Germany are one of the joint-favourites for the tournament this summer, and with genuine quality all over the pitch, they are going to be very difficult to beat.

The other joint favourites are Brazil, a team that always challenge when the World Cup comes around. Brazil are known for their excellent attacking play, and some of the very best players we have ever seen have been from Brazil. You have to go back a very long way to find the last time Brazil went into a World Cup without at least one huge international superstar in their team. 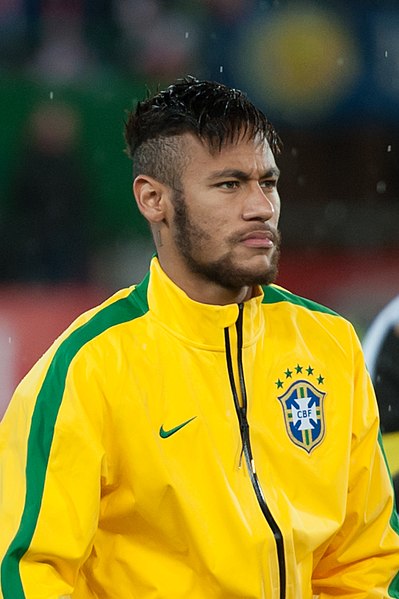 This time around it is Neymar, although he has a big injury question mark over him going into the competition. He is currently injured and out for a further two months, something which would take him to the start of the World Cup. He is sure to get all the medical help in the world, but without him, Brazil would not have the same attacking flair, and would certainly not start as joint-favourites if it was confirmed he would miss the competition.

Brazil rely on playing attacking football, and scaring other teams into making defensive mistakes. With such a big attacking threat, assuming Neymar makes the World Cup, it is easy to see why many teams are scared to play Brazil, and change the way they play in an attempt to counteract their style. However, if there is one question mark over the Brazilians, it is defensively, where they have often struggled in the past. The mantra of scoring more than the opposition has worked in the past, but would that work without Neymar in the team? Defensively Brazil are nothing special, so their chances of winning this World Cup seem to hinge on their star making it.