European champions Italy began their 2022/23 UEFA Nations League (UNL) campaign with a 1-1 draw at home to Germany at the Renato Dall’ Ara in Bologna. 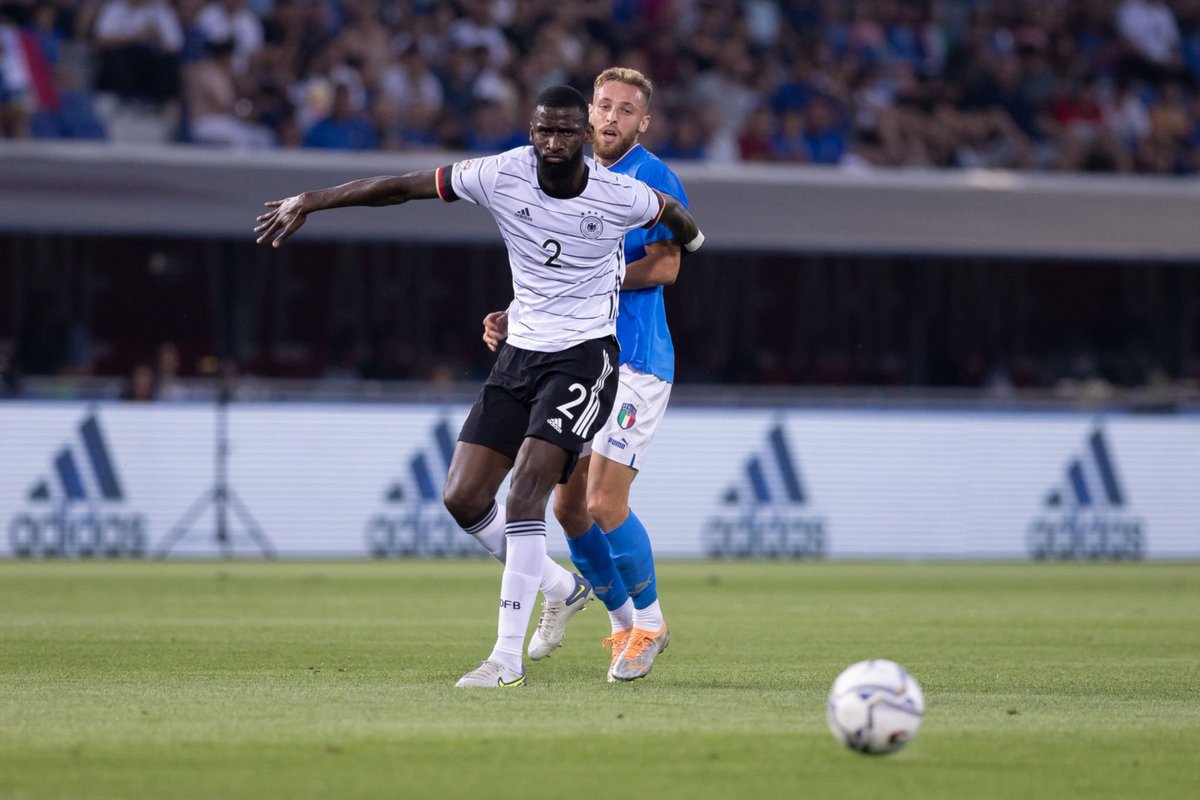 Italy came into their Group A3 clash with the Germans on the back of the disappointing 3-0 defeat to Argentina in the La Finnalisimaat the Wembley Stadium.Inter Milan striker Lautaro Martinez and Paris Saint Germain (PSG) attacking talent Angel Di Maria scored for two-time world champions Argentina in the first half before the win was sealed by substitute Paolo Dybalain stoppage time.

Italian senior national team manager Roberto Mancini made a lot of changes to his starting XI ahead of the visit of Germany in the Nations League from the La Finnalisima clash with the Argentines at the iconic Wembley Stadium on Wednesday. After a goalless affair in the first half from the game in Bologna, the Italians took the lead on 70 minutes thanks to the close-range finish from AS Roma midfielder Lorenzo Pellegrini off the assist from FC Zurich star WilfriedGnontowho came on for Matteo Politano of Napoli five minutes earlier. It took the Germans just three minutes to respond to the opening goal fromPellegrini with Bayern Munich star Joshua Kimmich getting the equaliser for the visitors to ensure that the two teams shared the spoils.

In the other game in Group A3 of the ongoing Nations League campaign, Hungary secured their first win over England in six decades after RB Leipzig attacking talent Dominik Szoboszlai scored a second half penalty via a 1-0 win. England were favourites for the game, but they were fortunate to end it with a one-goal deficit after Jordan Pickford made a lot of saves in goal for the 1966 champions.

England would be hoping to bounce back from the defeat at Hungary when they take on hosts Germany on Tuesday, while Italy will take on Hungary in the other game in Group A3 on the same day.